For those who are looking forward to the next coming from Apple, both the iPhone 6s and iPhone 7 are rumored to debut in the not-so distant future. As is the case with all previous Apple smartphones, this year is likely to grace us with only one, with 2016 being the year for the other.

One thing that Apple has done over the years is made it somewhat easy to predict when the next installment in the iPhone 5 and standard model will be released, and in the case with both the iPhone 6s and iPhone 7, this will still be the case. 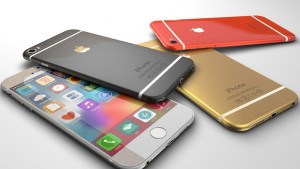 This year will mark the release of the iPhone 6s and iPhone 6s Plus, and both are expected to be released by mid-September in markets worldwide. The rumors on the 6s specs and features will appeal to loyal Apple enthusiasts, and in a matter of months we will all get our first hands-on.

2016 is the year to really wait for with the inevitable iPhone 7 release. By the middle of September, there will be three different versions and multiple color variants to give consumers the choice to get exactly what they want. Pink is expected to be added to the new line-up of iPhone 7 colors including grey, silver, and gold. A pink iPhone 7 is expected to appeal to females and is expected to become one of the best sellers.

Stay tuned for more info on the 2016 iPhone 7 release date along with the rumors on a cheaper “C” version and the much anticipated iPhone 7 Plus.