Home » Specs and Features to Expect From the Top 2016 Smartphones

2016 looks to be the most innovative year yet when it comes to smartphone concepts. Still with months to go until we see the official announcements on what looks to be the best phones on the market for sure as all the top players including Samsung, HTC, LG, Apple, Xiaomi, and more are all expected to take their 2016 smartphones to the next level.

When looking at the numerous rumors of things to come, it may be worth waiting one more year if you are in the market for a new phone anytime soon. With all we’re hearing on foldable designs, 3D screens, 4K resolutions, and eye sensing technology, it’s no wonder why the expectations for next year is already at an all-time high. 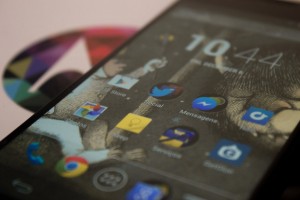 The following on the innovative specs and features of all the top 2016 smartphones will give you a glimpse into what to expect next year.

Samsung has already made their intentions public with a foldable 2016 Samsung smartphone, but rumors are out on which model would see it. There are new rumors on a brand new series which introduce Samsung’s foldable concept, and is rumored to be a high end flagship. Sony, LG, and even Apple would likely follow suit, if not 2016, maybe 2017 will be the year.

The wave of the future is here, and the time is almost here before we see more of a push for 3D smartphones. Amazon introduced the first sometime ago, but it never lived up to the consumer expectations. With the likes of all the top manufacturers looking to incorporate 3D technology, it’s only a matter of time before we see it in upcoming flagships.

We have already heard rumors of both Apple, LG, and Samsung looking at the 3D screens even more. With all the top players in smartphone innovations look into it even more, 2016 may just be the year. Expect to see the first high end flagship to debut with a true 3D viewing experience that will literally project the display above the phone itself.

We’re talking about true 4K resolutions of 4096 x 2048 which is even better than Ultra HD. 4K displays are rumored in many of the top 2016 smartphones including the Galaxy S7, Xiaomi Mi6, LG G5, and Sony Xperia Z5. Imagine playing games and watching movies in the best resolution imaginable, and right in the palm of your hand.

With most of our time spent on the run, improving the resolution from HD to 4K is a foregone conclusion. The way that technology trends seems to be, it’s only a matter of years before 4K resolution is replaced by something even better.

Eye sensing technology seems to be one of the longest smartphone rumors that have never become a reality. There is no denying that retina or iris scanner would significantly improve the security of smartphones, but the cost of doing so is what seems to be what allows it not to happen.

Expect this to change with some of the top 2016 smartphones as the manufacturing costs is much more cost effective than it was years ago. With most of the current flagships having fingerprint technology, 2016 looks to be the year where it becomes a thing of the past.

So far, we’ve seen quick charging and rapid charging in most flagships, but instant charging is just what it sounds like. Quick and rapid charging gives you up to 50% more juice in as little as 25-30 minutes. An instant charging feature is likely to give you a full charge and is only expected to take a matter of minutes. What normally would take just over an hour to fully charge a phone could now take as little as 5 minutes.