Home » Samsung Galaxy Smartphone vs LG G-Series Smartphone: The Battle between the New Galaxy S7 and the LG G5

The Samsung Galaxy smartphone line-up has reached a new level with the new Galaxy S7. On the other hand, the G5 is LG’s new flagship smartphone. Both of the devices are stylish, powerful and highly efficient. But which is the better one if they fight in a battle?

Read this article to get the answer. 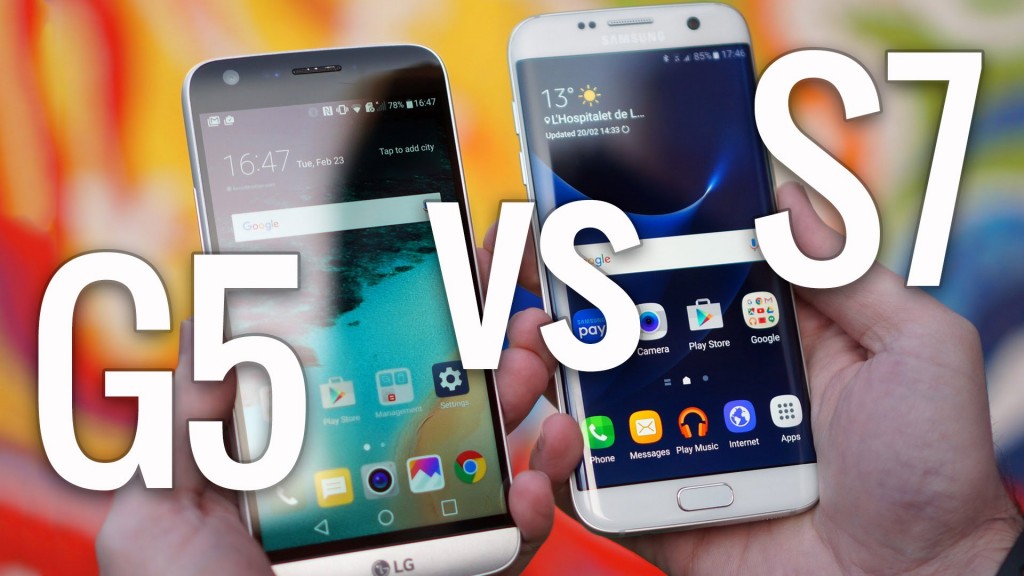 The Galaxy S7 comes with a sleek design. The meta-glass backing is simply gorgeous. In addition to only 152g weight, the curved back and sides have made it pretty comfortable to hold. The LG G5 also comes with a gorgeous appearance. The metal design is fantastic. However, the weight of 159g makes it heavier than the new Galaxy S7. So, you will not feel the same comfort as the new Samsung Galaxy smartphone. However, it has a unique modular design that allows you to connect additional components, like an extra battery or camera, with the device.

The Galaxy S7 has a 5.1-inch AMOLED display with a quad-HD resolution. Having a high pixel density of 577 ppi, it is able to produce an incredibly stunning view. The LG G5 comes with a slightly bigger 5.3-inch display. Despite being able to produce a crisp view, it has a lower pixel density of 554 ppi. As a result, it fails to beat the impressive performance of the display of the new Samsung Galaxy smartphone.

The Galaxy S7 contains a 12-MP primary camera. Despite having a lower mega-pixel range than the predecessor, it can capture more detailed photos. Thanks to the wider f/1.7 aperture. This camera is particularly good for taking good photos, as it allows to cover more spaces. It can also capture stunning photos in darker environment. The 5-MP front camera can take great selfies. Moreover, it features the dual-pixel technology and faster autofocus, which allows you to take photos pretty quickly. The LG G5 has a 16-MP main rear camera. Though it cannot cover more space than the shooter of the Galaxy S7, it can capture better quality photos than its rival. Thanks to the additional 8-MP rear camera. The 8-MP front facing camera also performs better than its competitor. So, in terms of camera performance, the LG G5 beats the new Samsung Galaxy smartphone.

Both the Galaxy S7 and LG G5 have been packed with the Snapdragon 820 processor and 4 GB RAM. However, the new Samsung smartphone has been able to outsmart its competitor in the Geekbench 3 test. Its score of 29031 points is far better than the score of the LG G5 (27758 points).

Samsung Galaxy Smartphone vs LG G-Series Smartphone: The Winner of the Battle

In terms of the unique modular design and camera performance, LG G5 is the winner. But with respect to the display, performance, battery and comfort in grabbing the device, the new Samsung Galaxy smartphone is the real winner.

What do you think about the battle between the latest Samsung Galaxy smartphone and the new LG flagship smartphone? Share your valuable thoughts by hitting the comment button.