Samsung introduced us to the Edge concept with the debut of the Galaxy Note Edge last year, and expanded upon it with the Galaxy s6 Edge. They will certainly bring it back for the S7 as the Edge concept has become one of the most functional Android smartphones. The idea of making a phone more functional is something that we all look to get, and this will be especially the case with both the Samsung Galaxy S7 and Samsung Galaxy S7 Edge.

Samsung finally went away from the plastic design that we have seen in previous Galaxy S smartphones, and the upcoming Samsung Galaxy S7 concept looks to introduce a new composite uni-body design. Both S7 versions are likely to feature the new metal body as it’s expected to be lighter, and much more durable. 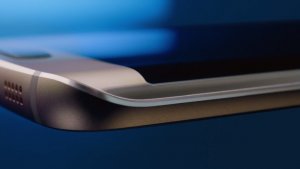 The new Samsung Galaxy S7 concept is also rumored to feature an eye scanner that will further enhance the user’s security. With the idea of mobile payment options becoming more and more popular, the enhanced security will give owners the peace of mind in storing personal information right on their smartphone. There’s been no official word if an eye sensor will be in the new S7 concept, but recent leaks suggests it will.

It’s also been rumored that we’ll see a Super Wireless Charging Feature. Wireless charging as seen in the S7 makes it more convenient, but the new feature would make it possible for a 0% to 100% charge in less than 30 minutes.

We’re fully expecting to see the most expensive Galaxy S smartphone to date with the price of the S7. Looking to appeal to a higher subset of consumers, Samsung will be holding nothing back when it comes to all there is to know in the Galaxy S7.

Stay tuned for more info including all rumors and confirmations on the changes in-store for the Samsung Galaxy S7 concept. There’s no denying the popularity of the Galaxy S series, and the concept changes will surely make both the S7 Edge and Samsung Galaxy S7 two of the top Android smartphones in 2016.