With the LG G Flex 2 living up to the slogan of “Curved Appeal”, many are wondering just what will be packed into the 2016 LG G Flex 3. So far, we have heard a lot on the new concept, and based on the many rumors and leaks consumers will be more than pleased. It seems like LG is looking to hold nothing back, and when looking at the new rumors on the LG G Flex 3 specs we are certain you’ll agree.

Info on the LG G Flex 3 specs looks as though LG is introducing a smartphone that will be more than just innovative, but powerful enough to meet the needs of, everyone. The G Flex 3 processor will be getting an upgrade to a 2.9 GHZ octa-core variant. The new processor will be faster, more efficient, and will bring out an overall better multitasking experience. The G Flex 3 will also be getting a bump up in RAM, 4GB compared to the 3GB RAM of the G Flex 2. 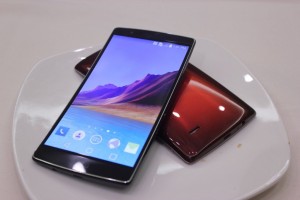 It’s also looking like the LG G Flex 3 specs will be getting a huge step in the overall size. The rumored 6” screen will be significantly bigger than the 5.5” display of the G Flex 2, and will sport a much better resolution. We’re hearing that either a true 4K or UHD resolution will be integrated which will be comparable to most premium Android smartphones in 2016.

One of the biggest differences may not be in the size of the display, but instead, the P-OLED display that we have come to expect in the G Flex series. New LG G Flex 3 rumors suggests the plastic display will be a thing of the past as new composite metal alloy will debut. The metal display makes more sense as it’s also believed to be foldable up to a full 90 degrees.

LG is looking to introduce a premium looking smartphone that is built with the features that we need. The leaks and rumors are out on the specs of the LG G Flex 3, and if they’re any indication of things to come then we’re certain to see one of the best Android smartphones for 2016.