LG has already confirmed that something is really big on the way for their 2016 smartphone lineup, and they’ve also stated that one feature will be a foldable display. LG is known for introducing something new and unique as seen in the two previous LG G Flex smartphones, and the LG G Flex 3 is promising to be the most unique phone yet.

New rumors suggesting the LG G Flex 3 concept will feature a foldable display, and it makes the most sense with the direction LG has intended in the G Flex series. Dubbed as having “Curve Appeal” is only half of it as the self-healing feature may just be the most unique feature seen in any smartphone. The curve in the upcoming G Flex 3 is believed to be foldable to a full 90 degrees, and the self-healing properties will be even more responsive. 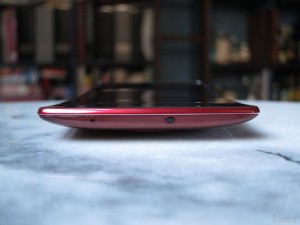 As foldable flagships have already been promised by both LG and Samsung in 2016, the current leaks and rumors on the new LG G Flex 3 concept keeps us wanting more. Also rumored to feature a 3D screen where one will not need 3D glasses to see. 3D screens are believed to be seen in many next gen smartphones, and the G Flex 3 may be the 1st. Wireless charging, Sapphire Glass, and some amazing camera features are all believed to be in the new concept.

With the LG G Flex 3 release date expected to come during the 1st quarter of 2016, it should be the first flagship released during the year. As Samsung will be introducing the S7 during the 2nd quarter, and the likes of HTC, Sony, Apple, and others will be well-after.