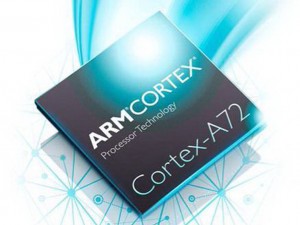 The Cortex A72 processor is said to be 50 times faster and more efficient than similar processors of five years ago. The A72 processor will have a huge effect on battery consumption where users will see up to a 75% reduction in battery power with the same usage.

The Mali-T880 graphics chip will give users a pc-like performance, but right on a smartphone. Improved speed will help bring out clarity, transition frame rates, and will ultimately bring out crisper color schemes. The T880 chip will also require less power which will have an effect on battery consumption and simultaneous processing requirements.

The new processor and graphics chip is expected to appeal to consumers of all different interests. One thing that’s likely is the continued trend of smartphone popularity, and further distancing the need of laptop computers. With an enhanced speed and improved graphics, multitasking and gaming right on your phone will become more prominent. Porting console games is even expected to increase due to the significant increase in performance.

Expect to see the new 2016 smartphone features by the beginning of the year, and could debut in the LG G Flex 3 during the 1st quarter. ARM, which currently partners with all top manufacturers including Media Tek and Qualcomm, and will likely be featured in most mid to high-end smartphones for 2016.