As we get closer to the summer, we’re expecting to hear many more iPhone 7 rumors as some of the latest are even more intriguing. We’ve been bringing in all the latest updates on what looks to be next year’s rendition of the iPhone, and based on the many rumors and leaks we’re in for a huge surprise. Customary of what Apple has done in the past, we’re fully expecting to see big things with the 2016 iPhone 7 release.

The latest 2016 iPhone 7 rumors suggest Apple is introducing yet again some more features. It’s looking like Apple will be bringing in an infrared sensor that is reminiscent with Samsung has done with their newest flagships. This would further extend the functionality between Apple peripherals, especially with the rumored Apple TV that is expected to hit the consumer market in the future. The sensor could add remote control functionality as well as the ability to beam data from one device to another. 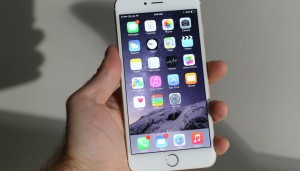 We’ve also heard of the possibility that Apple will be moving away from A processors in place of the faster, and more efficient Pentium processors. The latest comes from a very reliable source that initially believes we would see the A9 processor, but is now reporting we’ll see an iPhone 7 Pentium processor.

Probably the single most intriguing of all iPhone 7 rumors to-date is a dual-lens camera. Many consumers have been calling for it for quite some time, and it appears that Apple has finally listened. The dual-lens camera will bring about a cleaner, crisper, and an overall better quality picture. The two lens camera will produce amazing quality pictures with the 21 MP front, and 5 MP rear-facing camera as suggested.

Including a Sapphire screen, waterproof design, 3D display, and possibly a retina eye scanner, For much more, be sure to check us out on Facebook to get real-time updates including all iPhone 7 rumors in preparation for the 2016 release.