The G4 is the latest flagship smartphone of the South Korean giant LG. The device had been released in April 2015. Being equipped with outstanding features, the LG G4 has emerged as a major competitor for the title of the best smartphone of 2015. 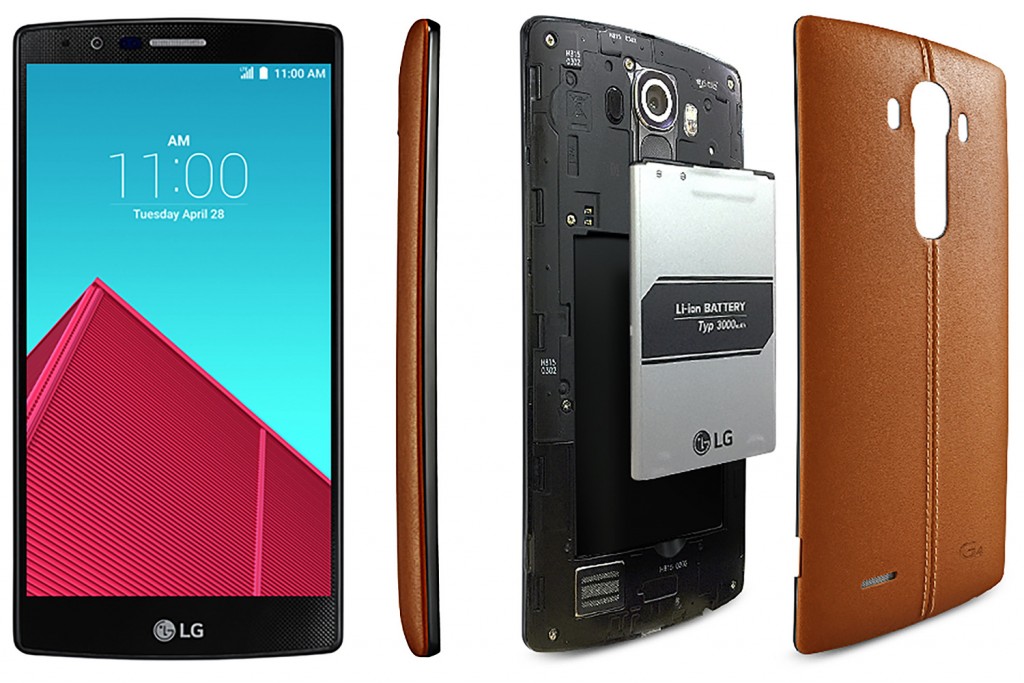 Take a detailed look at the LG G4 specs:

The smartphone contains an outstanding 16 MP primary camera. The LG G4 specs reveal that the primary camera has some amazing features, including laser autofocus and optical image stabilization functions. It can record 2160p and 1080p videos at 30fps and 60fps respectively. The performance of its 8 MP secondary camera is also impressive, which can record 1080p videos at 30fps. Both the cameras are capable of capturing photos with outstanding quality.

The device has been equipped with the high-performance quad-core 1.44 GHz Cortex – A53 and dual core 1.82 GHz Cortex A57 CPU. As a result, the users are enabled to perform different functions at an incredible pace. Moreover, the smartphone features outstanding graphics. According to the latest LG G4 specs, the device contains the Adreno 418 GPU, which is ideal for enjoying high quality games.

The body of the device is simply stunning. According to LG G4 specs, the body has been constructed with classically advanced materials. With Ceramic Craft, Metal Craft and Leather Craft, its aesthetic beauty has reached a new level. The thickness of only 9.4mm has made it look much thinner and smarter than other smartphones. Having a weight of only 155g, the smartphone is very easy for being carried in your pocket.

The other notable LG G4 specs include 32GB internal storage, up to 128GB expendable storage support, Wi-Fi 802.11 a/b/g/n/ac, NFC chip, infrared port, barometer and color spectrum. The device features a 3000mAh battery, which enables you to continue your conversations up to 20h in 3G with a full charge. It runs on Android 5.1 Lollipop. That means, you can run all the latest games and apps quite smoothly.

These are all the amazing LG G4 specs. What do you think about the device? Do you like it?