LG’s Flex smartphones are one of the best curved devices in the world. Due to having a unique design and outstanding features, the Flex has established itself as a huge brand in the smartphone market within a short time.

This year, LG has upgraded its Flex line up by introducing the LG G Flex 2. Being equipped with a large number of upgraded features, the new smartphone has become a major competitor to grab the title of the best smartphone of 2015.

Take a look at the detailed LG G Flex 2 specs: 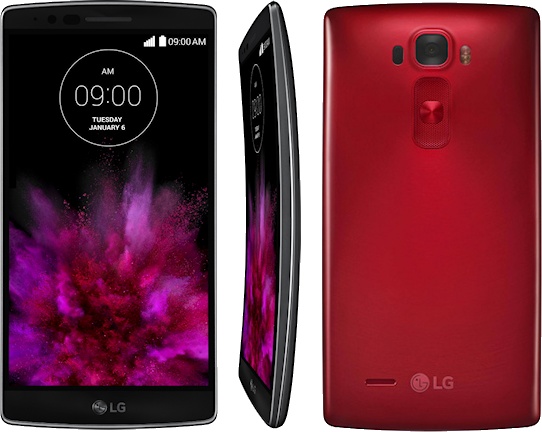 The LG G Flex 2 has been equipped with 1080×1920 pixels, 5.5-inch curved P-OLED display, which supports 16M colors. As a result, the screen is able to produce an incredibly vibrant view. Moreover, according to LG G Flex 2 specs, the display has been protected with Corning Gorilla Glass 3. That means, the smartphone’s screen is free from scratches. For this reason, the display will retain its new look for a longer time.

The body of the LG G Flex 2 has received some major upgrades. It has become thinner and 15 percent lighter than its predecessor. According to LG G Flex 2 specs, the device has a thickness of only 9.4-mm and a weight of only 152 grams. As a result, you can grab the devices on your hands much easier than before. Once again, the curved body has become a major distinctive factor that separates itself from other devices, while the shiny back cover takes its look to a new level.

The LG G Flex 2 is the very first smartphone to feature the 64-bit Snapdragon chip. It also features the powerful Quad-core 1.5GHz Cortex-A53 & Quad-core 2.0 GHz Cortex-A57 CPU. Moreover, the GPU has been upgraded from Adreno 330 to Adreno 430. All these components enables the device to run all the high-end games and apps and outperform all of its competitors.

The new device contains a 13-MP primary camera that supports a resolution of 4128×3096 pixels. According to LG G Flex 2 specs, it has been equipped with several upgraded features, including laser autofocus and optical image stabilization options, which enable you to capture stunning photos and record high-quality videos. The performance of the 2.1-MP camera in capturing selfies and making video calls is also really great.

Some of the other major features are: DLNA, Wi-Fi Direct Bluetooth v4.1, LTE connectivity, NFC and a non-removable 3000mAh battery. According to LG G Flex 2 specs, the battery is able to produce enough juice to the device to stay alive for 450 hours in stand-by mode in 3G network.

This is the end of the LG G Flex 2 specs. Do you think that the device should have a much better specification? Share your thoughts in the comment section.