The Mobile World Congress event year turns out to be one of the biggest showcases for smartphones from many of the top manufacturers. This year’s even was more of the same with Samsung taking the biggest prize for their debut of not just one flagship, but two. The Galaxy S6 was virtually certain, but the S6 Edge was a pleasant surprise.

The 2016 Mobile World Congress Event is expected to be just as big as Samsung, LG, and Sony are all expected to debut their 2016 flagship smartphones. The Samsung Galaxy S7, S7 Edge, LG G5, and the Sony Xperia Z5 release date are all expected to be made official at the MWC event. During the week 1st week in March 2016, we’ll have a really good idea as to the worldwide release including the only Xperia Z smartphone next year. 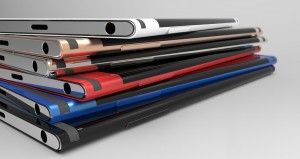 With Samsung, LG, and Sony looking to compete with other 2016 Android smartphones, we’re expecting to see huge things out of most. With 2016 being the first year that Sony is moving to a more traditional release date cycle, the Sony Xperia Z5 release date will be right around 1 year after the Z4. This differs from years past as Sony has been releasing two flagships per year.

All three flagship releases including the Galaxy S7, Galaxy S7 Edge, LG G5, and Xperia Z5 are all expected to be one some of the best Android smartphones for 2016. For more info, take a look at this in-depth review on some of 2016’s best.