Home » Rumors on a Foldable Samsung Galaxy S7 Concept in 2016

Samsung has already announced that a new innovative design is on its way in 2016 as it just may be the foldable Samsung Galaxy S7 concept that we’ve been hearing about. Samsung along with LG have made their intentions known which integrates a fully foldable design into one of their upcoming 2016 flagship smartphones.

The new rumors comes on the idea that the Galaxy S7 will be the first Samsung smartphone released in 2016, and it’s expected to be released just after the LG G Flex 3. While the current rumors are probably a long-shot when looking at the current trend of Samsung smartphones as it’s more likely to be a different model than the best-selling S series. 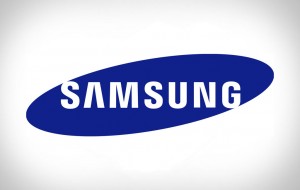 A foldable Samsung Galaxy S7 would be intriguing though as it would allows for the further progression of larger smartphones. As consumers continue to want something with a much bigger screen, the foldable concept really fits. It would be even better suited for a bigger model phone than the S series which is why many analysts believe the Note series or a new series will see the foldable design.

With an Galaxy S7 release date expected to be made official at the MWC event during the first week in March, we get the official word then. Until then, be sure to check out our full review including all rumors on the 2016 foldable Samsung Galaxy S7 concept.