HTC is about to get a 1up on the rest of the competition when looking at other 2016 smartphones, and this time it comes with some minor tweaking of the current concept. Rumors are out on a new charging technology that HTC looks to implement in the 2016 release of the HTC One M10. Consumers have been asking for it, and the leaks and rumors are finally in on the new HTC One M10 charging features.

Many of the best Android smartphones for 2016 are looking to enhance the charging features of their upcoming flagships, but HTC’s release of the M10 is expected to debut the first look. Instant charging is rumored to be on the horizon as it will give consumers the ability to charge their smartphone in nearly an instant. 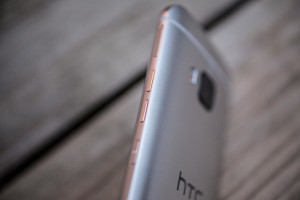 Quick charging and rapid charging technology is the current trend, but it takes nearly 30 minutes to give consumers 50% battery power. The instant charging feature is rumored to take about 5 minutes and will give you a 100% charge from 0%.

Wireless charging also looks to be on the horizon, and it’s fully expected to compliment the instant charging feature. A charging matt draws the power and by placing the phone on the mat without having to plug it in will wirelessly charge the M10.

The verdict is out of both HTC One M10 charging features will become a reality, but based on the numerous leaks they both will. If you’re looking for a smartphone in 2016 that will help make you more productive while on the go, the new HTC One M10 may just be for you.

For more, be sure to check out all the early rumors on the HTC One M10.