Apple is looking to releasing not just one version of the iPhone 7, but three different versions to give consumers more than one choice in 2016. Apple enthusiasts are looking for so much more, and Apple is looking to bring in so many more when it comes to consumers. The many rumors surrounding the release of the iPhone 7 is expected to be made official with a premium, standard, and cheaper version.

Rumors on the three iPhone 7 smartphones are heating up, and we’ll be covering the iPhone 7, iPhone 7 Plus, and the iPhone 7c. Making the best-selling brand of smartphones of all-time is what is intended which Apple is hoping will appeal to a wider audience of consumers. The cheaper version is expected to be more than $100 less than the standard version, and hundreds less than the pricier 7 Plus. 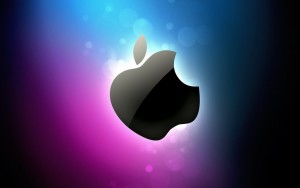 All three versions will function with the upcoming IOS 9 preinstalled which is being heralded as the Apple IOS of the future. The new IOS is expected to be much more efficient on battery consumption, faster, and will have much improved graphics. The idea of multitasking on IOS 9 will see a huge improvement as the functionality between peripherals including the newest Apple Watch will seem much more natural.

This will be one of the many new features of the upcoming iPhone 7 concept that will also feature a 3D Sapphire display and a thinner, sleeker design.