Home » 2016 Xiaomi Smartphones Looks to Outsell and Outperform the Likes of Apple, Samsung, and LG

Xiaomi is hoping that 2016 will finally be the year they are able to overtake both Apple and Samsung in sales as the third leading manufacturer will be featured in markets worldwide. This year much of the world will get their first glimpse of Xiaomi smartphones as its rumored that markets such as the UK, Germany, and other European markets will see them for the first time. 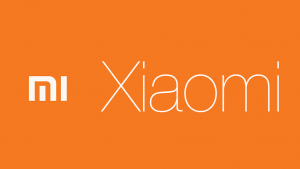 It’s looking like Xiaomi will be looking to bring in much of the loyal consumer base in markets such as the US, UK, and Canada that have been loyal to both Samsung and Apple for many years. With the budget friendly Xiaomi smartphones that have impressed such markets in India and China for years now, it’ll be interesting to see how IOS and Samsung loyalists see a premium smartphone that’s nearly 50% less.

The Xiaomi Mi6 for instance is rumored to be more of the same, but with a whole lot more than previous Xiaomi releases including a fingerprint or eye scanner, octa-core processor, full metal body, expandable memory, and a 4K screen. With the iPhone 7, Galaxy S7, and Galaxy Note 6 all rumored to be released in 2016 with launch day prices that’ll range between $700 – 900 for unlocked versions, the Xiaomi Mi6 is rumored to be priced at just under $400.