Samsung started the trend of bigger is truly better, and the idea of the Phablet smartphone has really taken off in recent years. The current trend is only expected to be get bigger, and the new 2016 Samsung rumors tells us more of the same. The upcoming release of the Galaxy Note 6 suggests a much bigger 6” screen.

The Galaxy Note series has defined the term Phablet, and with others trying to emulate what Samsung started some four years ago, it’s still Samsung that defines the Phablet. With Apple, LG, HTC, and Sony all expected to release 2016 Phablets, it’ll be the latest 2016 Samsung rumors that gives many the most to look forward to. 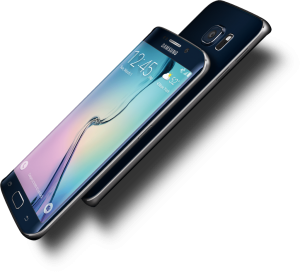 The current Samsung Galaxy Note 4 Phablet sports a 5’7” Super Amoled screen, but the latest Samsung rumors suggest the Note 6 will feature a much larger 6” screen. The 4K 6” screen is rumored to have a screen resolution of 4096 x 2160 screen resolution, and could have a ppi close to 650.

Other 2016 Samsung rumors that we fully believe will become a reality is the option for a Galaxy Note 6 Gear VR bundle. The Gear VR will is a virtual reality headset which will interface directly with the Note 6 using the on-screen display. A Galaxy Note 6 bundle with the new Gear VR would give consumers the best of both worlds, and is expected to appeal to gaming enthusiasts as well as those looking for something truly unique.