If you expected to see something radically different in the M9, well, we all missed it. This leads us into the new rumors on the HTC One M10 concept which suggests a huge change in the overall design that was missing in the current model. The HTC One M9 was expected look almost identical to the previous model, which is what HTC intends on changing with the release of the 2016 HTC One M10.

Hot off the release of the M9 we’re already starting to hear so much on the 2016 HTC One M10. The 2016 flagship is expecting to get a much needed face-lift as well as some under-the-hood adjustments. Starting with the exterior shell, we’re hearing more on a glasslike body that would resemble more of a high end device. This makes the most sense as consumers not only look for a productive powerhouse, but also something that really blings. 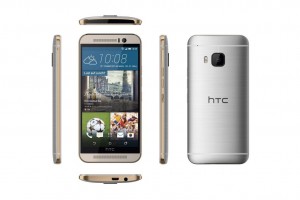 Besides the glasslike shell, we’re also hearing rumors that the HTC One M10 concept will feature a full side to side viewing surface removing the side bezels. We’re unsure if the sides of the phone itself will be more of a curved display, but we’re speculating it will will be getting  it more of a curved edge.

We’ll be bringing you much more over the coming months on the 2016 HTC One M10 concept and all there is to know on the 2nd quarter release.