Over the course of the next two years, we’re expecting to see some major changes in the current concept of the iPhone. With the iPhone 6s due to be released later this year, and the 2016 iPhone 7, Apple is looking to turn up the heat. With start-ups proving that quality really can be budget friendly as seen in all of the Xiaomi smartphones and Samsung still holding down the top sport, Apple has a lot to do if it wants to remain among the best.

This leads us into the new 2016 Apple rumors on the upcoming iPhone 7 concept. One of the biggest rumors that we’re hearing is the capability of true 3D viewing without the need of 3D glasses. The idea itself isn’t exactly new, but it will be new to the upper echelon of smartphones. 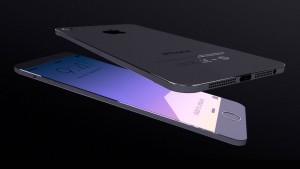 Over the years, Apple has become known as one of the industry leaders in smartphone technology, and the current iPhone 7 rumors on the 3D screen is even more impressive. Apple applied for a patent back in 2008 that makes 3D viewable technology a reality, and this year received the patent.

Rumors on production for the hardware specifics that would enable users to see a 3Dimensional rendering without the need for 3D glasses makes it inevitable.

The patent, called Three Dimensional Display System looks to be the focal point behind the Apple iPhone 7 concept, and something that consumers will undeniably love to see. For more on the 2016 Apple iPhone release, be sure to check out our complete preview.